83 of the world's most beautiful women from each country and region will appear in their national costumes!
The 59th Miss International Beauty Pageant Press Conference in Japan

The press conference included an overview of the Miss International Beauty Pageant, an introduction of this year's schedule, an introduction to the pageant contestants, an appointment ceremony for the Visit Japan Tourism Ambassador, the W Ribbon Presentation Ceremony (Cabinet Office), greetings from last year's winners, a photo session, and a vote on the “Best National Costume Award” by participating media.

A speech by Chairperson Akemi Shimomura 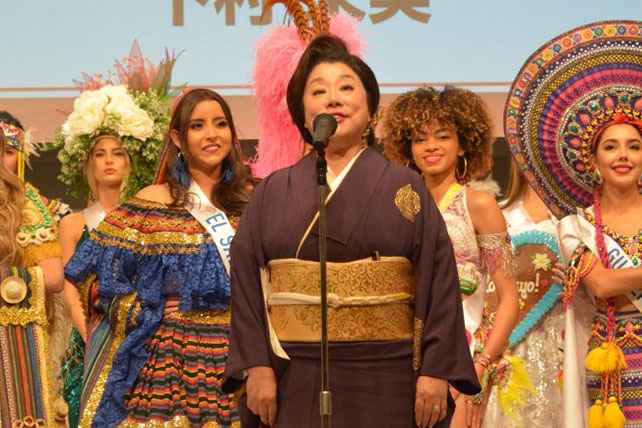 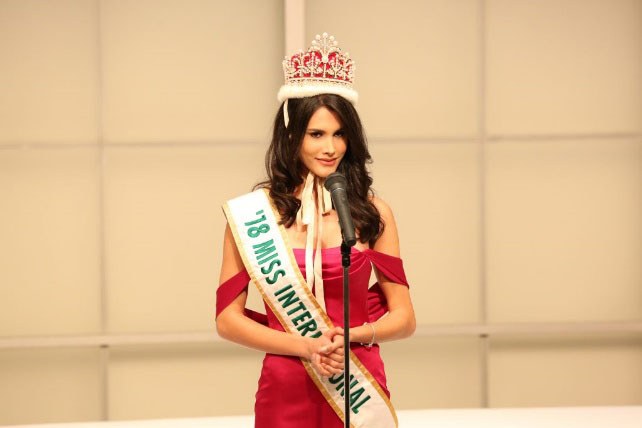 -Tomomi Okada, appearing in a wedding dress style kimono
Tomomi Okada, the representative of the 2019 Miss International Japan, appeared in a golden garment style kimono designed by Uno Kanda, with hair ornament of white hydrangea and lily.
Tomomi Okada's father was the late Masumi Okada who had been hosting the pageant for a long time, and this outfit includes her desire to show him as a bride to her father in heaven. 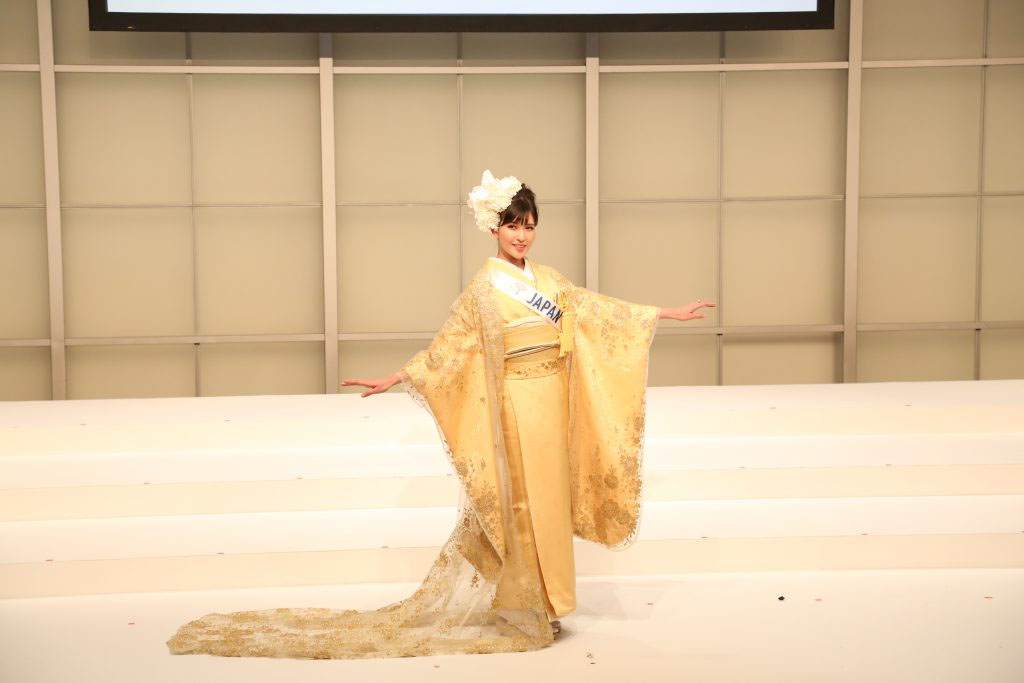 ● Visit Japan Tourism Ambassador Appointment Ceremony
Hiroshi Tabata, Commissioner of the Japan Tourism Agency, Ministry of Land, Infrastructure, Transport and Tourism
“These two years are special for Japan. First, this year, the Rugby World Cup is being held in 12 cities in Japan. It is attracting a lot of attention as it is the first time to be held in Asia. Next year, The Tokyo Olympic and Paralympic Games will also be held, and as a special “Visit Japan Tourism Ambassador” of this special year, we would like all of the "Miss" contestants to enjoy Japan and spread the surprise and excitement that they experienced during their stay, along with their beautiful smiles.” 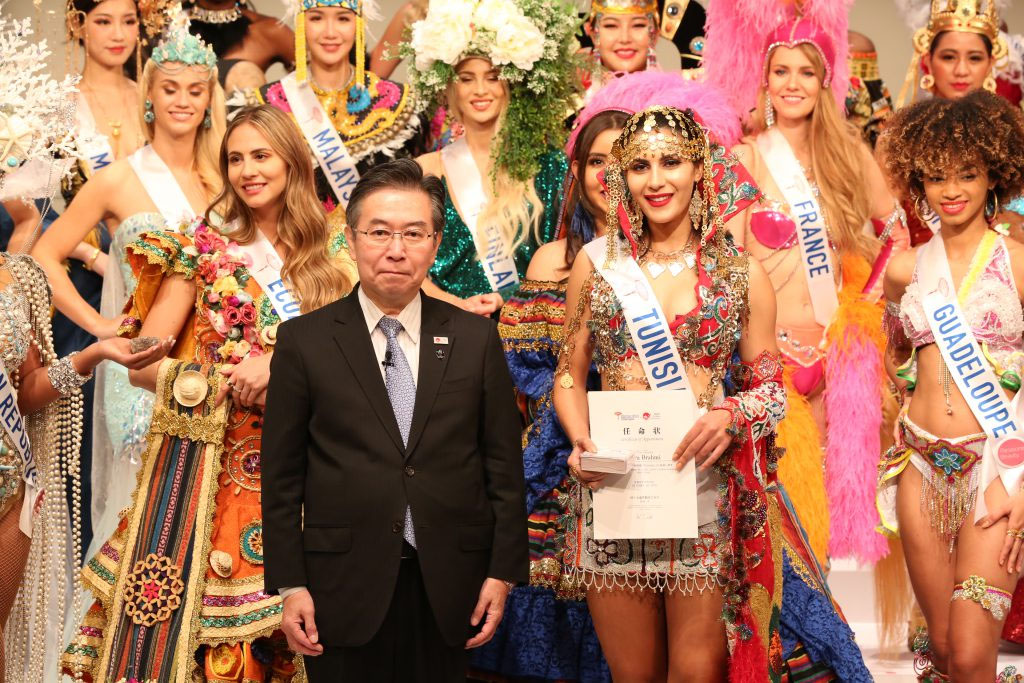 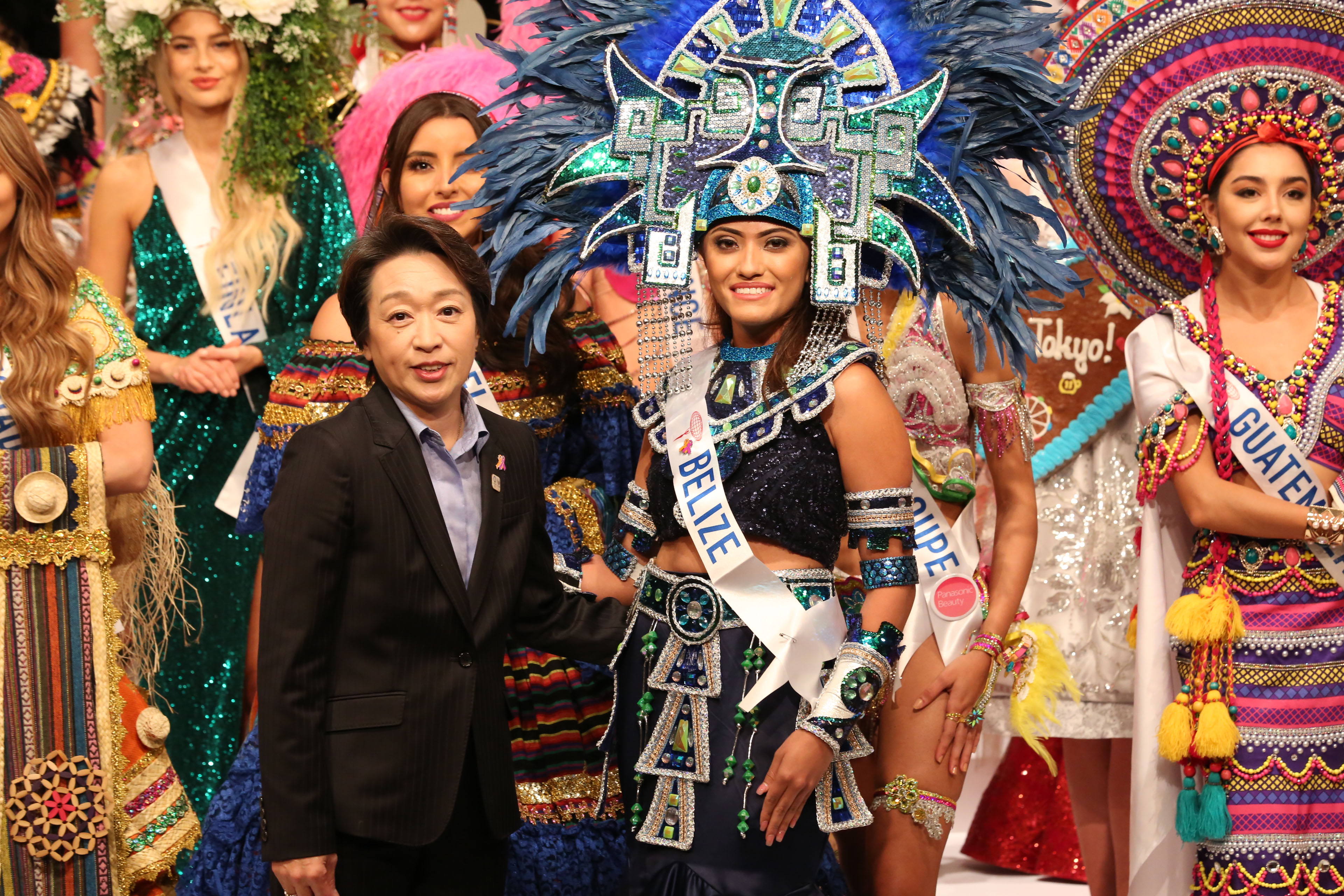 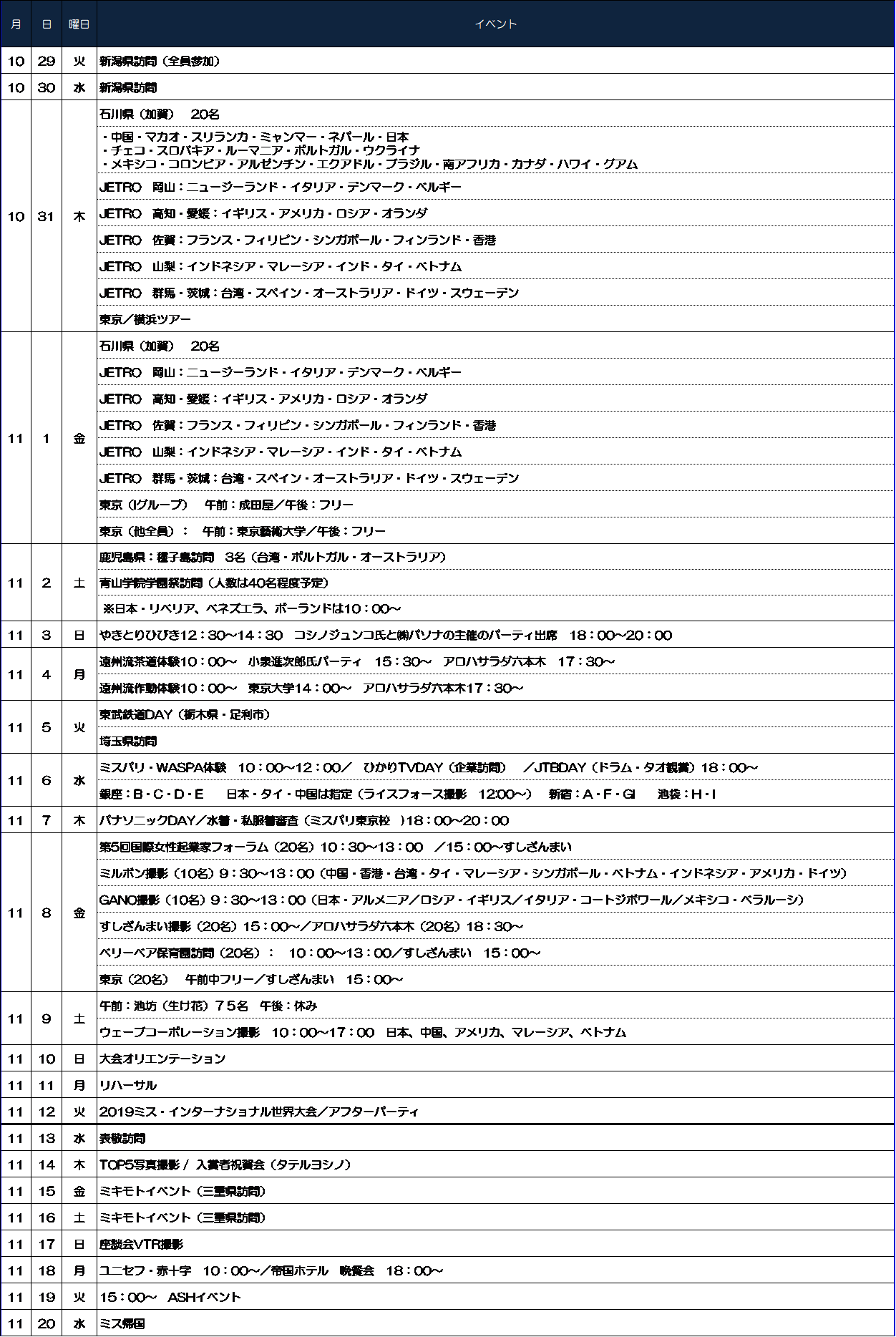